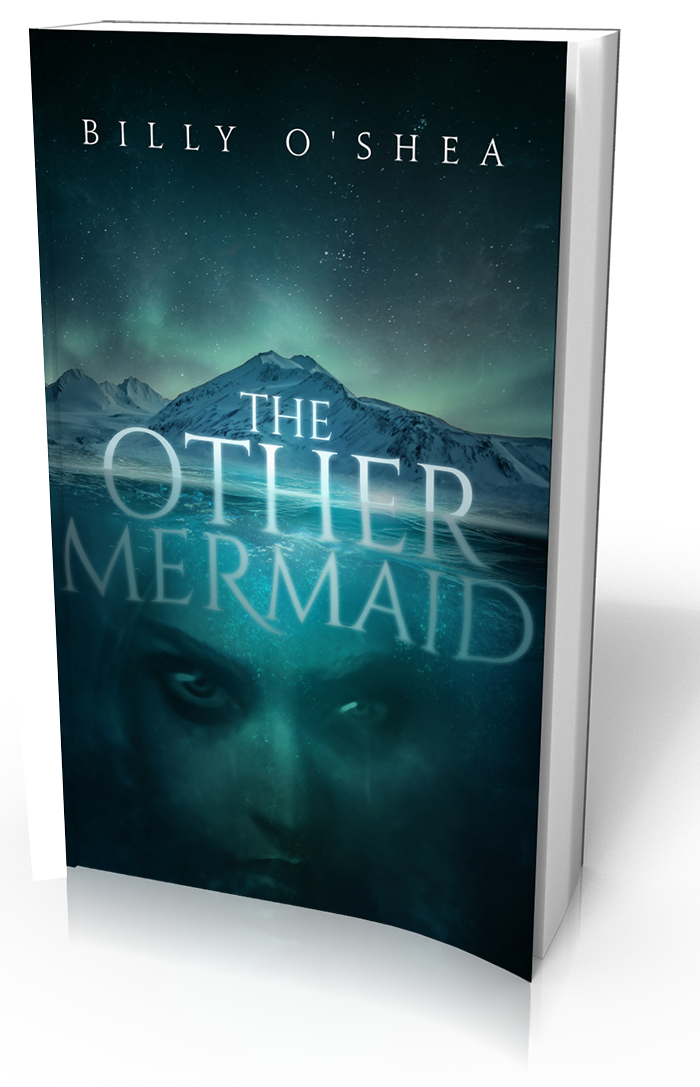 In the far north, a mystery has lain hidden for centuries

Army medic Daniel Manston has already been executed once for a crime he didn’t commit, and now he’s determined to stay alive. But to do so, he must solve a centuries-old riddle about the relationship between the sea people and humanity. On the remote arctic island of Svalbard, he finds an ally in Deryn, a female hermit whose task is to transcribe records of the ancient past. Together, they stumble upon a terrible truth that changes everything – and puts them both in mortal danger.

In a land of ghosts and strange creatures, what is real, and what is not? And can you tell the difference, when your life depends upon it?

With a mix of sci-fi and fantasy as well as a splash of romance, O’Shea’s genre-bending mystery captivates with compelling characters, polished prose, and subtle yet ever-present tension. With themes of love, family, and redemption, O’Shea’s story is a satisfying read for those looking to escape into a future world where myth and folklore become reality.
Takeaway: An accomplished genre-crossed adventure with compelling protagonists set in a future of mythology and mystery.
– BookLife (USA)

A compelling tale with a strong appeal to fans of adventure and fantasy; it is intelligently plotted and features a stunningly imagined and expertly executed world. Billy O’Shea’s ability to conjure powerful imagery in the minds of readers and the cinematic storytelling craft set The Other Mermaid to be a page-turner.

Billy O’Shea has knocked it out of the park again. The Other Mermaid is a sheer delight, a wonderful story that keeps the Kingdom of Clockwork real.

Unique, imaginative, gripping and engaging. If you have to get up early in the morning don’t start reading it the evening before.

I stayed awake all night to read this book, and it was worth it. But I need more.